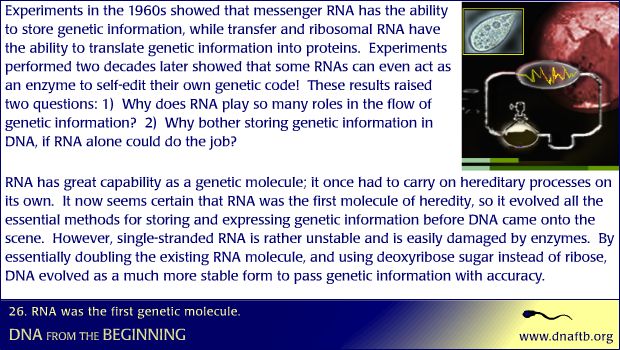 DNA is a more stable molecule that evolved from RNA.

In this section learn that in the cytoplasm, the messenger RNA is released from its carrier proteins and binds to a protein assembly complex called a ribosome.

15481. Translation: RNA to protein, 3D animation with no audio

Translation: RNA to protein, 3D animation with no audio