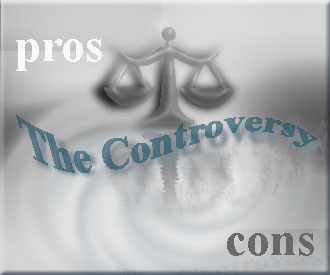 The controversy: With recombinant DNA, scientists had the means to manipulate living things. But could there be a danger in "playing God?" While some were thrilled by the potential of these new techniques to combat genetic diseases such as cancer, others saw cause for alarm over the possibility of unleashing bacterial monsters.

Alexander Capron, a lawyer and specialist in bioethics, talks about how fear of Frankenstein captured the public fancy.

Nobel Laureate James Watson, the first director of the Human Genome Project, talks about his first reaction to the idea.

Man’s best friend is a valuable model organism for studying the genetics of complex traits. It is also an excellent model for researching numerous diseases requiring subtle phenotyping.

In 1974, scientists in the field of recombinant DNA drafted a letter calling upon "scientists throughout the world" to suspend certain types of studies until hazards could be assessed. Paul Berg talks about the "Moratorium Letter."

Mike Wigler and his group were among the first to clone and characterize human oncogenes.

15422. The need for cutting DNA at specific points, James Watson

James Watson talks about what was needed to read the genetic message.

15334. A database of genomes, Robert Sinsheimer

Robert Sinsheimer, then chancellor of the University of California, Santa Cruz, brought experts together in 1985 to discuss the possibility of a Human Genome Project. He talks about his idea.

Mice are small, easy to keep, and complete a generation in only ten weeks. They are also rather closely related to human beings.

The three models of DNA replication - semi-conservative, conservative, and dispersive - and whether bias played a role in designing/interpreting the experiment.