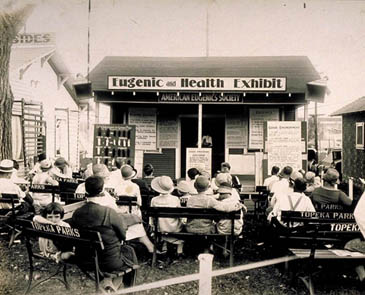 By the turn of the 20th century, people with mental disorders were usually wards of the state, and eugenicists argued that their care was a growing burden on society.

The medal reads: "Yea, I have a goodly heritage." This medal was given to families scoring B+ or better in Fitter Family Contests. Source: American Philosophical Society.

"Fitter Families for Future Firesides: A report of the Eugenics Department of the Kansas Free Fair, 1920-1924" (5)